Pip O’Regan, owner of the Wanaka App said the numbers are extraordinary, “Google tells us over 3,900 unique users accessed the app in the past 30 days which is 1:2 adults based on our population.”

“We’ve had some hefty news stories and it just shows how the penetration of the app and its user friendliness makes it a go to source for information,” said Pip.

Pip said that during the record week the Wanaka App recorded over 100,000 page views with 50% into news and sport. “The most pleasing thing is that people use the app for much more than just news,” said Pip. “It is a real source of community information with 50% of page views going to other areas of the app.”

The Wanaka App was the first app launched in the iAppNetwork and has been operating for just over 2 years. It has been downloaded over 14,000 times. 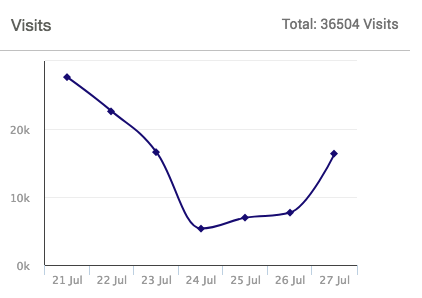