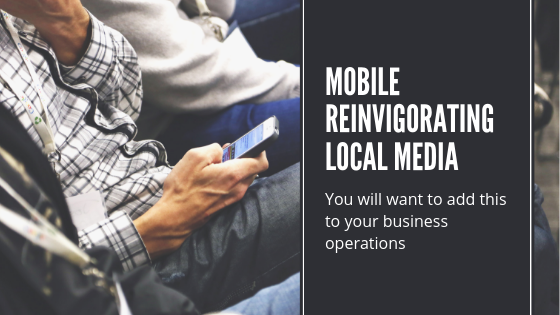 Imagine your digital revenue being less than 2% of total revenue and then a year later its closer to 20% and expected to grow at a rate of 30%+ next year.

Here’s what happens to your local newspaper or radio station when that happens; profit doubles, investment is made in local journalism, advertisers love you again, culture turns from staring at the abyss to staring at the stars.

No more cost cutting, in fact there’s new hires and talk of expansion…imagine the new vibe in the office.

“The key is to establish a local digital product which aligns with the business, this way the incremental revenue falls to the bottom line”

This is what is happening to some local media businesses in New Zealand where the addition of a new and innovative mobile digital product is reinvigorating their business operation.

Managing Director of Schistrockmedia Tony O’Regan, the company behind the initiative, says it’s a simple solution. “Looking at it now, it is so obvious for local media, the idea is so aligned with their business they are in the perfect position to benefit,” he says.

Related: 15 new journalism roles created in the regions as the iAppNetwork expansion continues

“Most media companies are overly reliant on legacy media revenue streams whose current is ebbing. Absent significant new sources of revenue growth, the strategic options for these companies will inevitably narrow to continued rounds of cost cutting. Local communities need a vibrant media, telling its stories, supporting its events, and building its culture.”

Developing a digital revenue stream has been a challenge for most local media companies. Many have invested in websites where content is provided freely only to attract no advertising revenue, others have placed their digital content behind paywalls only to have no meaningful subscription uptake, while others have been consumed by the hype cycle – think ‘pivot to video’.

“The key is to establish a local digital product which aligns with the business, this way the incremental revenue falls to the bottom line,” said Tony. “We developed a mobile app made specifically for publishers. It enables them to take a position in the local market which remains untapped, the mobile media segment.”

Tony’s idea was to establish a local community app, a concept that has now been taken up by other local media operators. “It has been successful on its own but when added to a local media company the impact is really significant, new revenue is created for virtually no additional investment. It’s a great win for local media who can now look to expand operations and serve their communities in a more positive way.”

Thirteen local media apps are operating, twelve in New Zealand and one in Australia, and more are on the way. “It’s very simple, we have the platform and any operator can build and launch their own local media app on it under a licensing arrangement,” said Tony. “Usage is very high and it attracts advertisers like nothing I’ve seen before.”